EXCLUSIVE: The unfinished laborious build-up of an ancient nation: the Kyrgyz 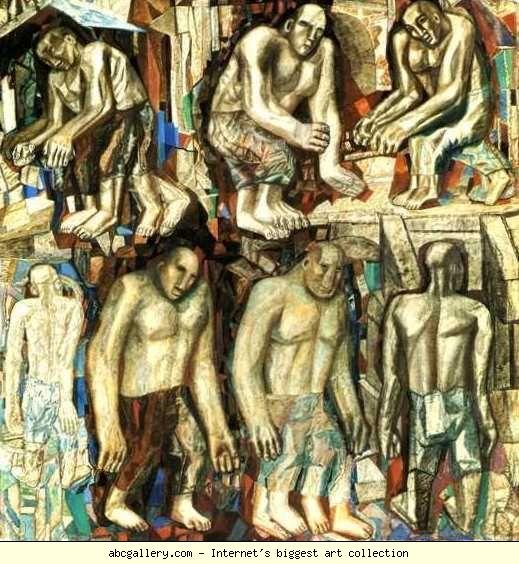 Continuing instability and socioeconomic stagnation remain the basic worries for those with the difficult task to rule a difficult nation in Kyrgyzstan. The very structure of the nation and the manner in which it managed to survive is among the most important elements at the bottom of the conditions it has subsisted in the past and is likely to subsist for some time to come. Frequent displacements in a past which may look dim today but has contributed to an overall mentality to larger extents than just meet the eye has shaped a mentality of restlessness which makes outbursts of discontent erupt more swiftly than among nations with a more sedentary past and a more homeland-oriented build-up.

Of course, there are other elements such as a multitude of occupying forces which have also contributed to the present-day Kyrgyz nation's overall state of mind. In modern times, finally, a relatively diversified economy without any major trump card such as rich oil and/or gas reserves (like Kazakhstan) or a dynamic industrial/financial system (like China) also contributes little to overall national stability in Kyrgyzstan. Simply said: the country does have a bit of everything, but lacks a lot of something.

Man populated the territory of Kyrgyzstan from a very early stage on. However, those early tribes became not the Kyrgyz nation's ancestry according to many a historian - even though some maintain that the present-day Kyrgyz do have prehistoric roots in the land south of the Tien Shan and that their presumed place of origin which most historians tend to agree on in fact must have been a place of temporary exile.

However, the upper Yenisei basin has definitely been the place where the ethnic Kyrgyz took profile as a unified nation, though consisting, as was the usual habit in the Altay mountains, of confederated and at some stage federated tribes internally. However, the nation remained homogenous enough to survive, as such, mass migrations which, after the example of other Turkish nations from the region and their distant cousins to the east the Huns, led to the formation of a military-oriented society and the submission of less militant nations in the lands to the Yenisei basin's south.

According to most interpreters of history, the first wave of attacks hit the Kyrgyz tribes who had remained in the Yenisey basin and made them flee south, where the Mongol hosts had not yet set foot and was therefore relatively aloof from their onslaught. It seems indeed that since the Mongols later on waged campaigns mainly against present-day Uzbekistan, they circumvented Kyrgyzstan and the northern parts of Tadzhikistan, thereby sparing towns and populations the horrible fate of those in surrounding lands and taking the land with the stroke of a pen rather than by blood and fire.

Today, there are organisations such as the United Nations which, imperfectly and incoherently as it may be, give nation-states a certain level of secured borders and national integrity, with America representing the main threat to this fragile but, for the first time in world history, globe-comprising formula of inter-nation and inter-state coexistence. Dangers to subsistence and sociopolitical sustainability, therefore, tend to come from the inside rather than from the outside for existing nations and their states. This sometime leads to separatism, culminating in the disintegration of Yugoslavia and the formation of pirate republics such as Nagorno Karabakh in Azerbaijan, Abkhazia and South-Ossetia in Georgia and the so-called Trans-Dnyestr republic in Moldova. Kyrgyzstan itself had a narrow escape in the waning days of the USSR regarding its area of Osh in the central-west of the country.

As for internal "revolutions", so far they have not led to a split-up of the nation, even though analysts keep stressing the controversy between "southern" and "northern" communities and warn of a mini-repetition of the American Civil War in the country. It looks, however, as though both communities time and again realise that all-out confrontation eventually leading to a split of the republic is not the answer to the most important issue for Kyrgyzstan these days: how to cope with the economic difficulties in order to survive and get a better life for everybody. Ironically, it is in this way that a persistent economic crisis keeps the spirit of national unity alive.

The way the parliamentary regime, unique in the region, had managed to keep the national economy afloat into the year 2016 was certainly not worse and probably better than any more authoritarian regime could have done. Through the year 2015, Kyrgyzstan was still holding on to overall economic growth – in contrast to its two major-size partners within the EEU namely Russia and Belarus, which had suffered from economic contractions. But the main question was not just growth, but how to adjust the breakdown of the national economy in such a manner that the staggering 40 per cent of the population consisting of deprived citizens could get the opportunity to improve their lives. In Kyrgyzstan, exactly those sectors of the economy on which they could pin their hopes continued to decline.

A raise in most import duties due to the country’s entry into the EEU had made peddlers’ trade from China to both domestic and neighbouring markets run dry and import replacement by domestic produce more lucrative. This was a good trend, but the response from local manufacturers was too slow to trigger a major breakthrough in socioeconomic terms and unable to create a timely shift in the socioeconomic configuration of Kyrgyzstan. A bad omen was the possibility that the people who controlled the “black” and “grey” markets could be seizing the opportunity to get Kyrgyzstan’s industry in their grip as an alternative to smuggling. Legislation and law enforcement which are fair but do not “choke” people’s initiative are indispensable in this process.

All these historic and recent elements together make up for the image Kyrgystan and its nation has obtained in the world today. The stalemate between politics and economics is continuing, though not as personalising as it used to be. Facts, figures and trends need to be assessed not just through political aspirations but first and foremost by collective socioeconomic awareness. To promote and maintain such awareness is the main task of any enterprise like Kyrgyz Newsline. We shall do our best…